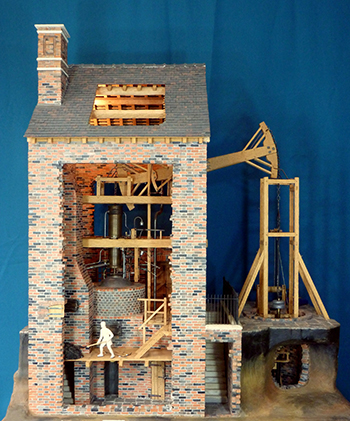 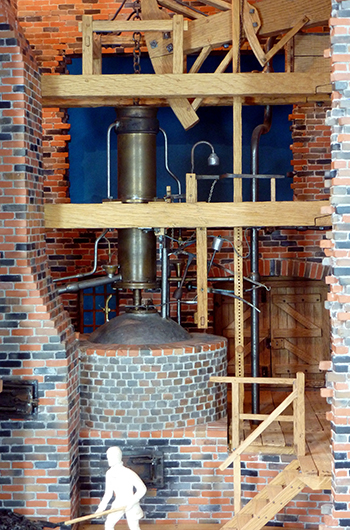 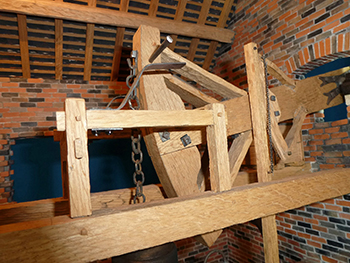 The World’s First Steam Engine with the ceramic bricks made, the planning and construction of the engine houses can now begin. The invention of the steam engine can with some justification claim to be the most important single event of the industrial revolution. The man responsible was Thomas Newcomen who in 1712 built the world’s first commercial steam engine which drained a flooded coal mine at Tipton, in South Staffordshire.

Thomas Newcomen who was born in 1663/4 at Dartmouth England was the inventor of the world’s first commercial steam engine. Many people give credit for the invention of the steam engine to James Watt, but Thomas Newcomen set to work his first engine to drain the flood water from a coal mine in 1712, which was 24 years before James Watt was born. Newcomen’s first engine was built in Staffordshire where it drained 120 gallons of water each minute from a coal mine seam which was 51 yards below the surface.

The engine was powered by the pressure of the earth’s atmosphere pressing down onto the upper side of the piston, which was within a vertically positioned cylinder. To compel the piston to move through a powering stroke a vacuum was created on the underside by the condensation of steam. The condensation was achieved by a cold water spray. The piston was powered in one direction, and then the heavy pump rods pulled the piston back to the top of the cylinder before another powered stroke could be made. For each stroke of the engine, ten gallons of water was brought to the surface.

Engines in the eighteenth- century devised their power from the pressure of the earth’s atmosphere (one bar) were all classified as atmospheric engines. The existence of the Newcomen engine was rediscovered when a drawing was found in Stafford in 1868. This drawing was made in 1719 by a Wolverhampton file maker called Thomas Barney.

The model was made by interpreting the known facts from this drawing and, with a close consultation with the Newcomen Society. To research and construct this engine, 6400 hours were needed over a period of six years; and is made to the scale of 1/16 full size.

There are 42,200 miniature ceramic bricks in the engine house and, all the metal parts were made by hand forging.

The first engine in the world to have a  cylinder with a free moving piston, and all being automatically controlled from the oscillating beam of the engine.

This photograph shows the arch head attached to the overhead rocking beam. On the engine in miniature, this is now made from quarter sawn Japanese Oak.