Whenever the subject of steam powered traction engines is discussed, the one name which stands out in the memory of everyone is Charles Burrell. The Burrell organisation was founded in 1770, by Joseph Burrell, at Thetford, Norfolk and for a number of years made general agricultural machinery. The Burrell organisation prospered, by producing many single cylinder traction engines and, later compound engines, these compound engines transferred their power from the cylinders onto the crankshaft by the means of two connecting rods.

As an improvement in 1889, Burrell took out a patent for a totally revolutionary arrangement of the cylinder. The patentee for this new operating method was Frederick J. Burrell; the son of Charles Burrell. This new method was to use two cylinders, and to harness the power from both cylinders to the crankshaft by the means of a single connecting rod. This new design became famous, and was known as a single crank compound engine (SCC).The patent was granted for this two cylinder arrangement on 27th February 1889, and the patent number was 3489.

In the late 19th century steam engine manufacturers eagerly awaited the opportunity to inspect their competitors’ new machines. This opportunity usually arose at one of the many agricultural shows held in the South of England. Alfred Dodman operating from his Highgate Works at King’s Lynn considered that some subtle modifications, to this Burrell design would circumvent the patent.

It was during 1893/4 that Dodman set himself the task of designing a traction engine, which was to be powered by a double cylinder with a single connecting rod. This engine when finished was said to be aesthetically pleasing, as he positioned the high pressure cylinder perpendicular above the low pressure cylinder. This engine was big, with cylinders of 6¼ and 11 inches in diameter and each piston made a working stroke of 12 inches.

Also, like many other traction engines at this time (1893) from Dodman’s Highgate Works, the new engine was fitted with a reinforced wooden front axle. With the two cylinders positioned one above the other and, controlled with a single slide valve, the engine was exhibited at the Cambridge Royal Agricultural Show in June of 1894. However, Dodman’s jubilation was to be short-lived. Charles Burrell accused the Highgate Company of infringing their patent and, with the fear of litigation hanging over their heads; this became the only single crank compound engine Dodman ever finished. The engine does not survive nor are there any photographs known to exist. The design for the Dodman engine at the scale of four inches to the foot was finished in 1996 by Mr Peter Filby, who after completing the drawings sold the manufacturing rights to Mr Steve Baldock of Kettering. It was from Steve in March 2000 that I acquired the drawings and many of the iron castings so that a start could be made on building this traction engine. I was free to go ahead as the patent had expired in 1902. 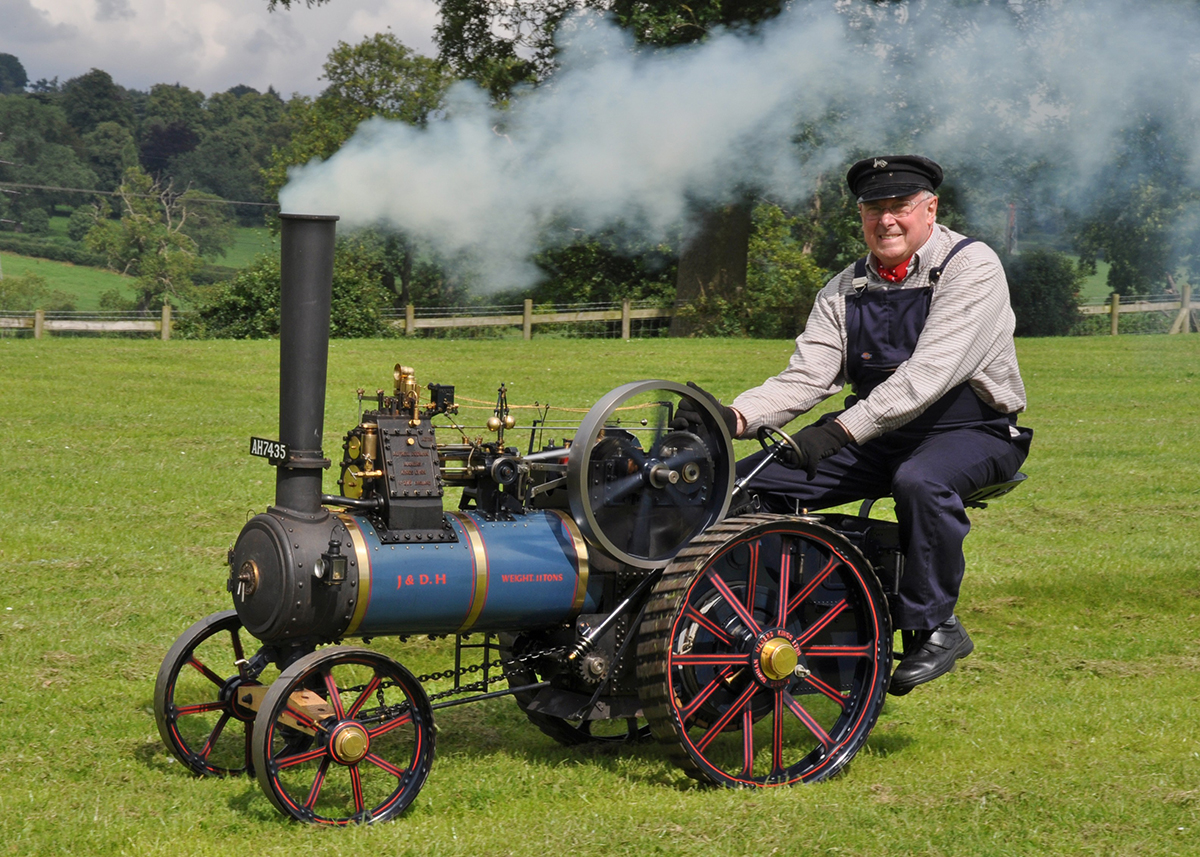 This photograph shows the Dodman engine in full steam near to my home at Stone. 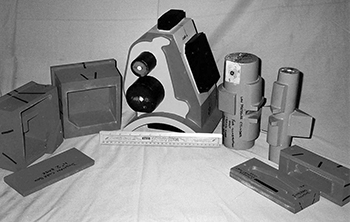 The wooden patterns  used in the foundry to cast the  cylinder are shown on the left,  also  shown is the cylinder during the machining process. 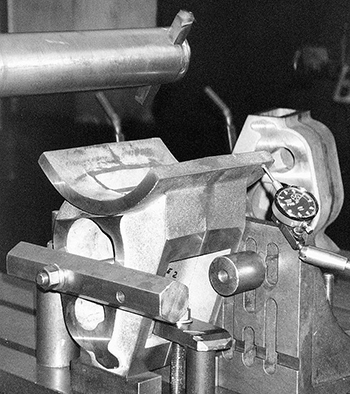 The photograph above shows the first compound cylinder completed for a Dodman traction engine since 1893.